The Poggetti Estate is the Moris family's historic property in the Tuscan Maremma. Situated in an elevated position and located just 10 minutes from the Bay of Follonica, the property boasts spectacular views of pristine agricultural plots and the islands of Elba and Montecristo beyond.

The mineral-rich soil and mild climate at the Poggetti Estate support the healthy and responsible production of: 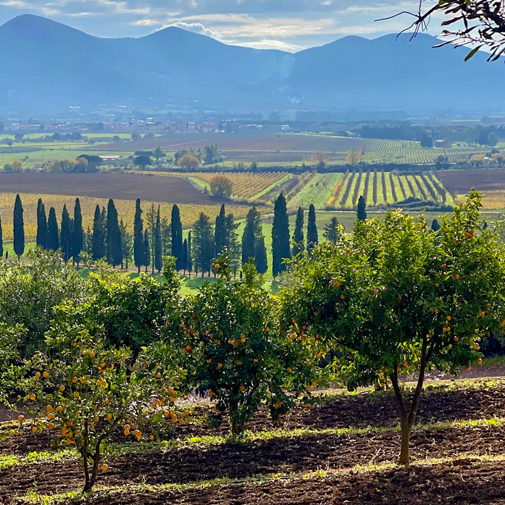 The Poggetti Estate consists of 37 hectares of vineyard planted in clay soil with an altitude varying from 80 to 100 meters above sea level and a South-West exposure. Its proximity to the sea lends Morisfarms' white wines a particularly appreciated salinity and minerality. The red wines are characterized by rich tannins and great personality.

The Moris family's elegant and discreet country resort is a haven for those looking to escape into the Tuscan countryside.  Just a 10 minute drive from the nearest beaches, our agriturismo offers an ideal location for visitors to relax, explore, taste wine, and enjoy all that Maremma has to offer.

The agriturismo at the Poggetti Estate consists of 3 farmhouses, all with a swimming pool, lovingly restored by Francesco and Gloria Moris:

For information and reservations:

An outdoor wine bar and shop located in the heart of the farm. Outdoor seating on the grand terrace allows our guests to take in the salty sea breeze and enchanting views while tasting Morisfarms wines and local delicacies of the highest quality. Inside the shop, guests can purchase wines by the bottle and by the case, our own production of Extra Virgin Olive Oil, and other local products.

At the top of one of Poggetti's hills, in the center of the estate, sits the Moris family's wisteria-covered offices and cantina, farm shop, reception room, and an impressive terrace overlooking the vineyards below.  From here, cousins Ranieri Moris and Giulio Parentini oversee the management of the estate and all Morisfarms products. 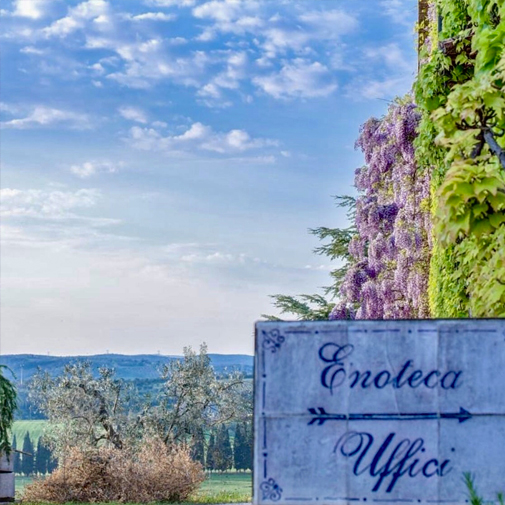 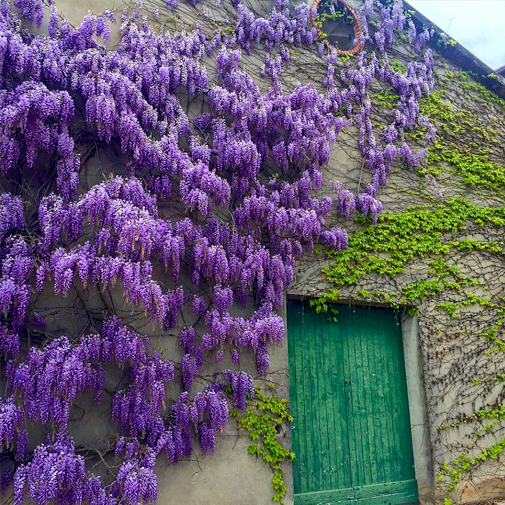 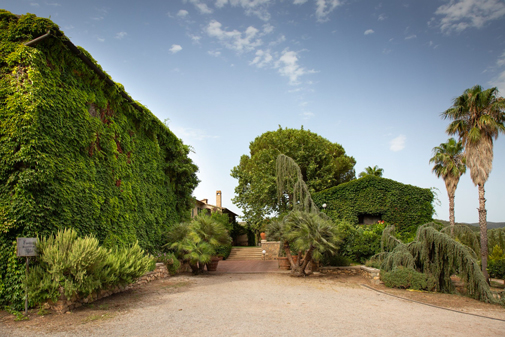 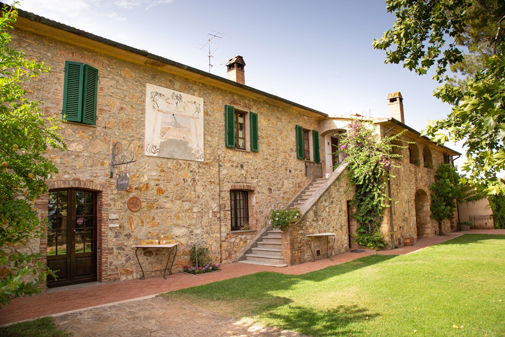 Poggetti, meaning 'several little hills' in the Tuscan dialect, covers more than 420 hectares and is full of iconic landscapes and landmarks created by or dedicated to Grandfather Gualtier Luigi Moris.  After having planted the more than 3,600 cypress trees from seed that line the roads of the property, he left to his children and grandchildren the iconic cross that graces the landscape when viewed from the large terrace above.  His sense of whimsy also drove him to plant a peculiar semicircle of trees at the top of the largest hill on the Poggetti Estate, Avvoltore Hill.  It now the most identifiable hill in the area, and a marker for everyone who passes.

Gualtier's wish for his children and grandchildren was to maintain the Poggetti Estate as if it were a garden.  Today, the enormous task of keeping in order these 420 hectares lies on the shoulders of cousins Giulio Parentini and Ranieri Moris and doing so serves as a direct homage to their grandfather's love for the land.

When Gualtier passed away in 2001, a large stone was placed in his honor with the engraving that states: "Chi nella vita ha piantato almeno un albero non è vissuto invano" which translates to: He who has planted but one tree has not lived in vain. The stone can be visited by anyone enjoying a walk along the private roads of the Poggetti Estate. 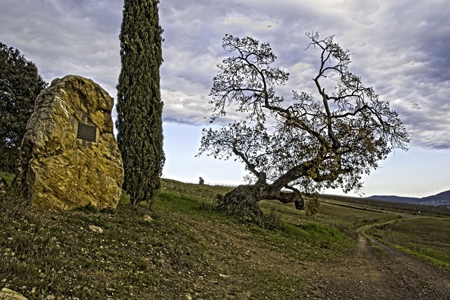 Morisfarms' Poggetti Estate is an iconic property in the Tuscan Maremma with some of the longest stretches of cypress-tree lined roads in the region. There are more than 3,600 cypress trees on the property, planted by Grandfather Gualtier Luigi Moris. The estate is open to the public to walk, run or bike along its 10 km of gravel roads with impressive views of the countryside at every angle, and the Tyrrhenian Sea beyond.

At Poggetti, there are approximately: 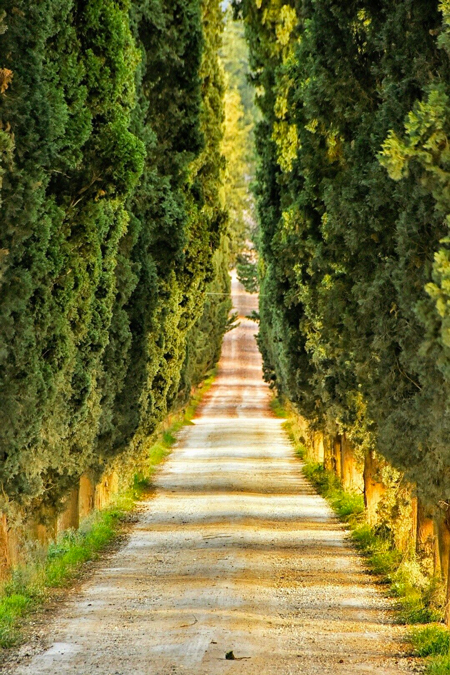 The Moris family's flagship wine, Avvoltore, takes its name from the local dialect word for the hawk of Maremma.  The avvoltore is a bird of prey often found circling the Poggetti Estate. The vineyard that produces the grapes dedicated to the Avvoltore wine was planted on the eponymous hill, the tallest hill at the Poggetti Estate, known throughout the area by the peculiar semicircle of cypress trees planted at the very top by Gualtier Luigi Moris. 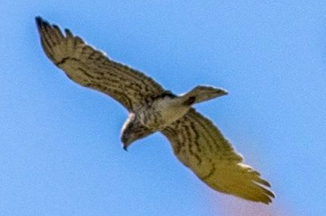 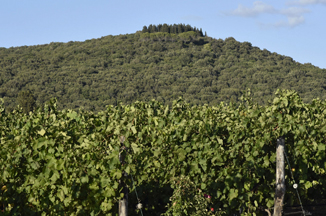 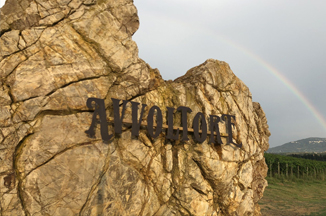 The vineyard is marked by a large stone placed at the corner of the Sangiovese plot. It is easily reachable by car or on foot, and makes for an epic photo op!

Avvoltore's wine label has remained mostly unchanged since the first vintage in 1988. While quite simplistic, the label is full of symbolic details that communicate the story behind the wine.

The rounded lines surrounding the word Avvoltore represent the wood barrel in which the wine is refined. The font in the word Avvoltore (the A and the E, in particular), brings to mind the aggressive talons of the avvoltore hawk.  Finally, the signature of Gualtier Luigi Moris at the top of the bottle serves as his seal of approval for this wine, a crowning achievement of his son-in-law, Adolfo Parentini, and all of his efforts on behalf of the Moris family. 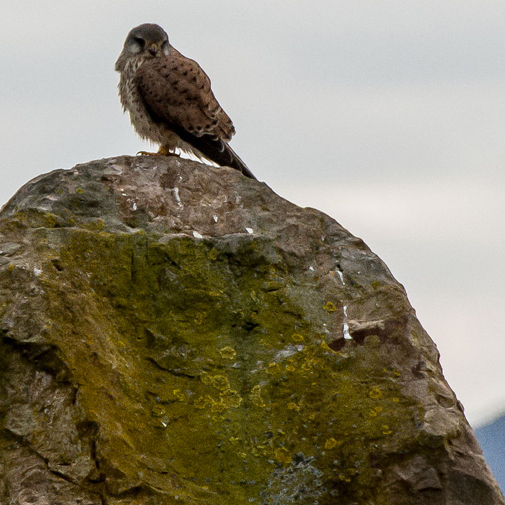 Maremma comprises the SouthWest portion of Tuscany which is known for its pristine agricultural plots, vast forested area, and sun-drenched coastline.

The Moris family owns two different estates, one in Scansano named, "Poggio la Mozza" and the historic property near Massa Marittima, "the Poggetti Estate", both in their beloved Maremma. The two estates have notably different soil types and exposures which allows Morisfarms the versatility of creating a broad range of wines. The family's legacy in the area has endeared them to the local market due to their shared history of developing the land and sense of pride in their local products of the highest quality. To this day, the local market remains one of Morisfarms' strongest markets worldwide.

Though Sangiovese is the dominant grape across the two estates, different soil compositions of clay and sand allows the Moris family to create dynamic wines with distinct personalities and flavor profiles.