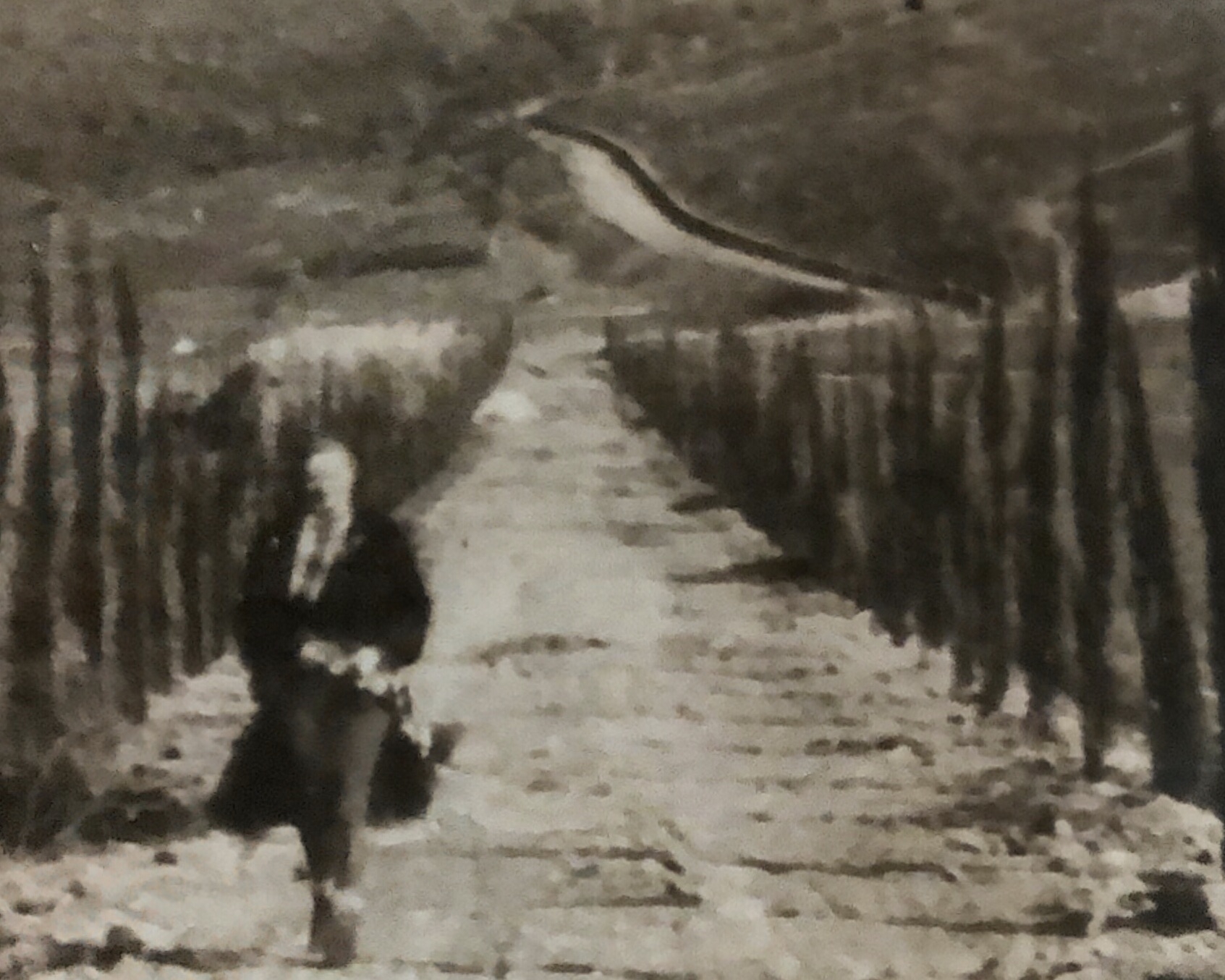 Born the only son in a family of 7 siblings, Gualtier Luigi Moris inherited his family's beloved Poggetti Estate in the Tuscan Maremma just before the start of the Second World War. A visionary and eternal optimist, the marks he left on the estate are seen at most any turn. After having planted more than 3,600 cypress trees that line the roads of the property from the seeds of a "mother cypress", he left to his children and grandchildren the iconic cross that graces the landscape when viewed from the large terrace above. His sense of whimsy also drove him to plant a peculiar cluster of trees at the top of the largest hill on the Poggetti Estate, Avvoltore Hill. It's now the most identifiable hill in the area, and a natural landmark for everyone who passes. His drawing of Avvoltore Hill now serves as Morisfarms' secondary logo, found on the back label of most bottles of Morisfarms wine.

Gualtier's wish for his children and grandchildren was to maintain the Poggetti Estate as if it were a garden. Today, the enormous task of keeping in order these 420 hectares lies on the shoulders of cousins Giulio Parentini and Ranieri Moris and doing so serves as a direct homage to their grandfather's love for the land.

When Gualtier passed away in 2001, a large stone found during the excavation of a new vinyeard was raised in his memory in a panoramic point of the Avvoltore Hill with a plaque that reads a phrase that he would often recite: "Chi nella vita ha piantato almeno un albero non è vissuto invano". This translates to: He who has planted but one tree has not lived in vain. The stone, facing the beautiful Bay of Follonica, can be visited by anyone enjoying a walk along the private roads of the Poggetti Estate. Beside the commemorative stone, the family planted a single cypress tree from a seed of Gualtier Luigi's original  cypress and an old oak tree that hovers over the ground and lent itself as a bench during family picnics over the years. 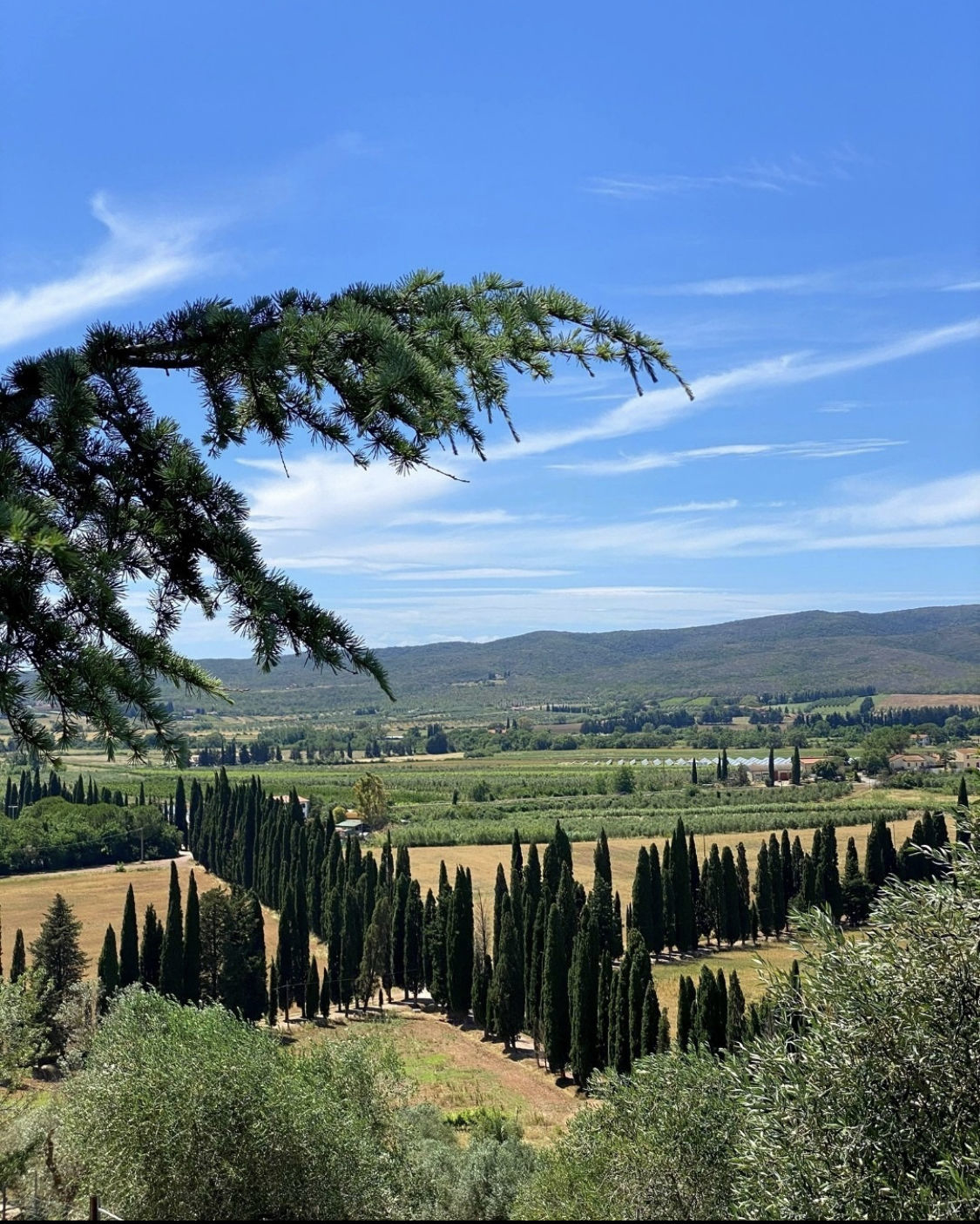 At a time when the Maremma was still the unknown outback on Tuscany’s coast, Francesco Moris was the first in the Moris family to understand the importance of creating a market and the opportunity for growth by conducting direct sales to the final customer.  His intuition and determination drove him to open the first point of sales in the family's private cantina in the historic center of Massa Marittima.  In 1976, Francesco completed the restoration of the Vecchia Cantina Moris, offering the townspeople of Massa Marittima a place to fill up their jugs full of wine, in the middle of town.  Providing such a service alongside a quality product garnered pride and loyalty among the local market and laid the foundations for the growth of the family business to come.  To this day, the Vecchia Cantina Moris remains the family's flagship wine shop where bottles and bulk wine sustain the local market and where tourists are enchanted by its medieval arches and suggestive grottos.

Together with wife, Gloria Pisaneschi, Francesco went on to develop the hospitality branch of the family business. Starting with two modest farmhouses on the Poggetti Estate, the husband and wife duo renovated these typical Maremman structures to comfortably host visitors looking to escape to Tuscany's wild coast.  Utilizing their shared passion for the arts and architecture, and Gloria's proclivity for interior design, they undertook a massive restoration of the large Santa Laura complex completed in 2007. Today, Santa Laura is an elegant and discreet converted farmhouse with 10 fully furnished apartments overlooking olive tree orchards and vineyards below.

A Legacy of Winemaking in the Tuscan Maremma

When Adolfo Parentini married into the Moris family in 1977, he saw in his new family's land idyllic growing conditions, sun exposure and microclimate, and the potential to create high quality wines. But investing in new vineyards, embracing unfamiliar techniques and shifting the family's focus from general agriculture to viticulture required a major shift in mentality for both the family and their employees. A letter penned by Gualtier Luigi Moris lamented how many grapes they would throw away due to his son-in-law's insistence on "green pruning".

At the time, an abundant harvest was seen as a blessing from God, and wasting a part of the crop blasphemous. Adolfo now beams with pride when he recounts that within 4 or 5 years, the mentality of his workers had evolved when they would remark to him that the vines had produced too many grapes and required a second round of green harvesting. 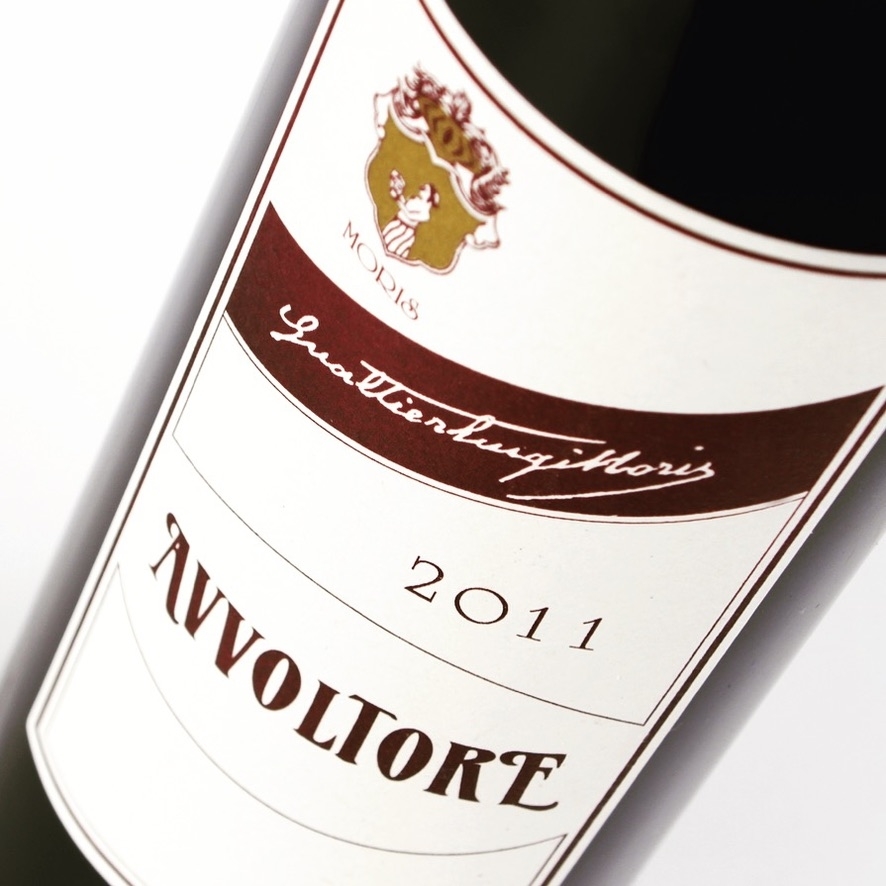 Adolfo Parentini's confidence and determination, together with that of few other producers, to create wines of excellence in the Maremma helped to generate a movement among other producers in the area to focus on quality winemaking, bolstered by their unique terroir. The continuous growth of quality pushed numerous producers from other wine-growing areas to invest in the Maremma area, contributing even more to promoting and enhancing the wines of this area. Adolfo's investment in and promotion of the Morellino di Scansano appellation, born in 1978, drove the D.O.C.G. into international acclaim, and since Morisfarms' first bottle of Morellino di Scansano in 1981, it has been widely regarded as the standard bearer of the appellation.

Adolfo went on to create the family's flagship wine, an IGT by the name of Avvoltore (taken from the local dialect word for the hawk of Maremma), which is now celebrated as a top Super Tuscan across the globe. With Avvoltore's second vintage in 1990, the signature of Gualtier Luigi Moris, Adolfo Parentini's father-in-law, was added to the label to publicly display his seal of approval for all of the efforts Parentini made on behalf of the Moris family. The wines of Morisfarms have been lauded as having the same character as their maker; Parentini's frankness and sincerity are enshrined in every bottle.

Today, More Than Ever 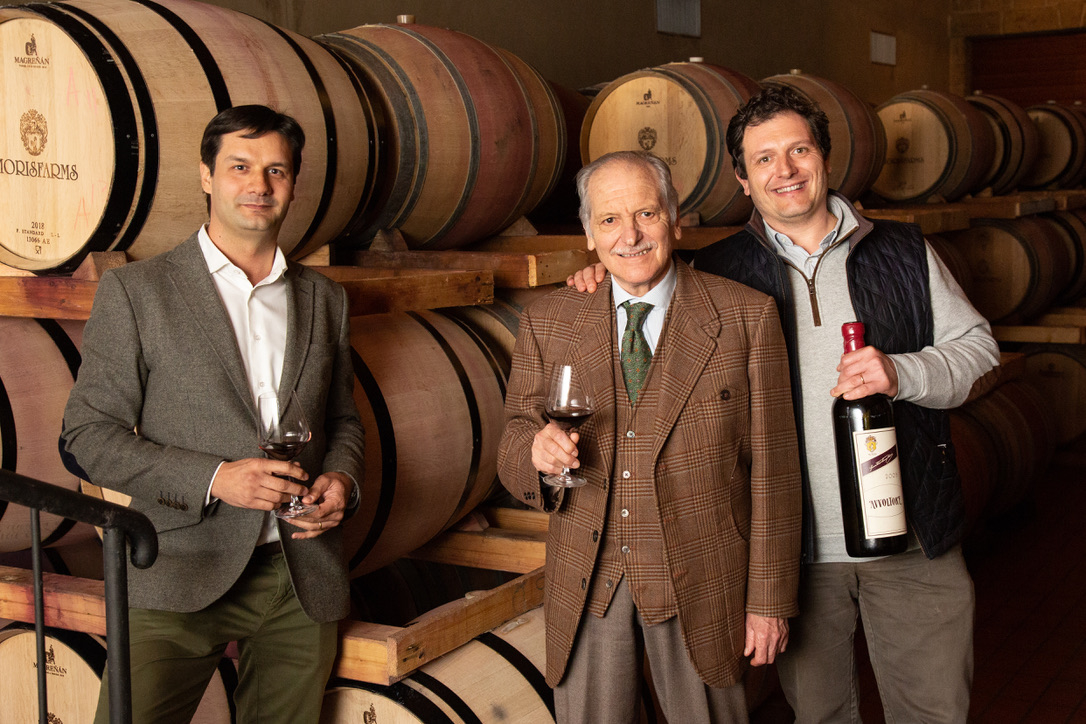 Today, Morisfarms is run by two of the Moris cousins: Ranieri Moris and Giulio Parentini. Together, they passionately maintain Adolfo Parentini's proud legacy of producing high quality wines that authentically reflect the terroir in which they are grown and the traditions in which they are produced.

Since he was just a child, Giulio Parentini could be seen presenting his family's wines to customers and helping shop assistants fill jugs of wine in the Vecchia Cantina Moris.  His gregarious character and comprehensive tech skills have served him well once he began working for Morisfarms in an official capacity in 2001.  Working closely alongside his father, Adolfo Parentini, Giulio has developed his ability to manage his team, plan long-term projects in the vineyards and cantina, and build solid relationships with the family's international buyers.

His extensive international marketing trips have endeared him to customers around the globe as he passionately recounts his family's winemaking legacy in the Tuscan Maremma, the dedication and precision behind every bottle of Morisfarms' wine, and the authenticity of a wine producing family's experience of maintaining high expectations for quality in the local market and around the world.  It was at a wine dinner in Saint Louis, Missouri where he did just that and stole the heart of Janie Holstein, his wife who is now taking over the family's hospitality arm.

Ranieri Moris began shadowing his Uncle Adolfo in his wine producing vocation in 2008.  He took to heart Adolfo's sage advice and lessons learned for managing all aspects of the business, from responsible land management to wine production and promotion.  Ranieri brought with him a shared passion for the Maremman countryside and traditional farming techniques, and a keen eye for innovation.

Ranieri has dedicated his time to supporting the company's agents all over Italy.  He has also contributed to the development of the industry by serving as President of the Viticulture Section of the Agricultural Confederation of the Province of Grosseto  and on the board of directors for the Consortium of Morellino di Scansano.

Together, the cousins have left their mark by bolstering the family's white wine and rosé portfolio, focusing on single-varietals indigenous to coastal Tuscany.  Rosamundi and AMOR are Giulio and Ranieri's tributes to their grandfather's love of his Poggetti Estate.